On Thursday, April 13, 2017, Columbia University hosted the 2017 Columbia Global Energy Summit.  With the energy industry changing at such a rapid pace due to market, regulatory, and geopolitical forces around the globe, compounded by the critical issue of climate change, leaders in both the public and private sector shared their thoughts on gas and oil markets, the future of transportation, and technology’s role in the clean energy transition.

Most compelling, and most applicable to real estate operations due to the likely increase in rates globally, was a discussion led by four industry expert panelists on the current state of carbon capture, utilization, and storage (CCUS).  Read on to learn more about CCUS, its potential in the market, and what the future holds for CCUS growth.

What is Carbon Capture, Utilization & Storage?

Carbon capture, utilization, and storage is an emission abatement technology from existing or new fossil fuel resources. This process captures carbon dioxide emissions and either reuses or stores it so it will not enter the atmosphere. Because more than 40% of the world’s electricity comes from coal, it is critically important to utilize CCUS to meet the current aggressive de-carbonization goals.
Julio Friedmann, Senior Advisor for Energy Innovation at the Lawrence Livermore National Laboratory, was adamant on stating that CCUS is incorrectly perceived as a coal, gas, or heavy industrial technology, but it is an emission abatement technology with two main parts; carbon capture and carbon storage. Capturing carbon allows it to dilute at about 95% purity so it can be injected underground where the earth can store it. The earth has around 300 billion tons of storage capacity in oil and gas reservoirs, un-mineable coal seams, and deep saline reservoirs.  Additionally, captured carbon can be utilized for enhanced oil/gas recovery, as well as feedstock to produce other chemicals.

It is also incorrect to believe it is a new technology.  “We have been capturing CO2 at scale since 1938, we have been injecting CO2 in large volumes underground since 1972 and we have been combining the two at a scale of 1 million tons per year for over 20 years and now have 16 operating facilities around the world,” stated Friedman.

…so, then what’s the problem?

Dr. Alissa Park, Director of the Lenfest Center for Sustainable Energy at Columbia University, went on to add that the main issue is scalability. Installing large units requires a great deal of capital investment and operating costs. Currently it costs around $60-100 per ton to capture carbon dioxide if you are going to retrofit an existing plant. This is assuming that an amine based solvent is being used, which works really well, but it uses a lot of energy. Power plant efficiency will decrease because energy from the plants will go towards this CCS (carbon capture & storage) process.

Additionally, a perceived problem is potential leakage from the storage reservoirs.  Dr. Peter Kelemen, Chair of Earth and Environmental Sciences at Columbia University, does not think leakage is a big deal, especially if we are injecting 500 times as quickly as it leaks (i.e. it’s a net positive for the world). The more one worries about leakage, the more expensive CCUS will become for no reason.

What is being done today?

Saudi Aramco, a Saudi Arabian national petroleum and natural gas company based in Dhahran, are running a number of experiments in the space. Ahmad O. Al Khowaiter, Chief Technology Officer at Saudi Aramco, describes one specific project that Dr. Park never thought would be possible where mobile onboard capture of carbon emissions from vehicles is a reality. They are capturing about 25% of CO2 and are working towards their next goal, 40% of large heavy-duty truck CO2 emissions.

Then, we have The CarbFix Project, “a collaborative research project between Reykjavik Energy, the University of Iceland, Columbia University, and CNRS that aims at developing safe, simple, and economical methods and technology for permanent CO2 mineral storage in basalts. The CarbFix team had demonstrated that over 95% of CO2 captured and injected at Hellisheidi geothermal power plant in Iceland was mineralized within two years. This contrasts with the previous common view that mineralization in CCS projects takes hundreds to thousands of years. Industrial scale capture and injection have been ongoing at the power plant since 2012.” Generally, they are working to mineralize the carbon dioxide into the bedrock, turning gas into rock. This process can be utilized anywhere that carbon dioxide is emitted in the proximity of basaltic rock or water.

All the panelists agreed on the fact that we are not doing enough and we are not moving fast enough. Dr. Peter Kelemen wanted to end on one remark. London’s Great Stink in the summer of 1858 is slightly similar to our current fight against climate change. When there was a draught and it did not rain for months, the smell of human feces was unbearable (as were the cholera outbreaks). The government spent 2% of GDP on a sewage system because it was directly affecting the public. If people perceived putting CO2 in the air similarly to throwing poop in the street (i.e. both have severely adverse effects on our health), a lot could be done to reduce carbon emissions with just 2% of the world’s current GDP. 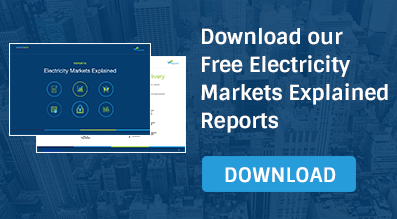